Is College Abroad Right For You? 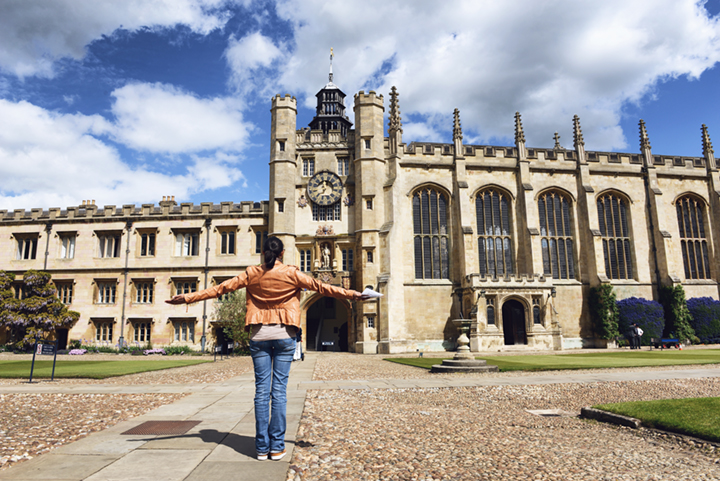 Considering college outside of the United States presents a unique set of challenges and opportunities for American students. If your student is planning to include international schools in their college list, read on for an overview from SFC Counselor Adele Horwitz and Toronto-based IEC Teo Salgado. This article will focus largely on Canadian and UK schools because they are the most popular options for English-speaking American students. However, keep in mind that there are numerous options around the world, many with English as the primary instructional language regardless of the country.

It’s important to note the distinction between attending classes at an American school’s international campus and enrolling in an international university. In the case of the former, some US-based universities have campuses located in other countries where students can attend classes in English and ultimately receive their degree from the American university system. The application process is virtually the same as it would be when applying to stateside degree programs, and any financial aid should follow students abroad.

International schools will require a different application process, and a student’s financial aid eligibility may be different as well. Students will graduate from these programs with a degree from that university and that country; make sure that any international universities on your student’s college list are accredited before sending out applications. International degrees generally transfer well to the American job market except for any potential language barriers, especially in technical fields with highly specialized terminology. It’s fine for an American student to enroll in pre-law or pre-med programs internationally, but their terminal degree should take place in the country in which they plan to work (i.e. if a student expects to practice law in California, they should attend law school in the US).

Many American universities offer undergraduate students the opportunity to study for a semester or even a year in another country. Though study abroad programs differ by college, this may be an option for your student to consider if they are interested in going to school in another country but don’t want to commit to an entire degree program outside of the United States.

Many people assume that attending college in another country will automatically save them money because these schools generally have lower tuition rates than American universities. However, parents and students should remember that the initial price tag attached to the school does not represent the total cost of attending the university. There are a number of additional financial concerns that might not even occur to stateside students: travel, local rental market, shipping a student’s belongings or renting storage space, acquiring a visa and subsequent renewals, international phone plan, etc. Many international schools do not include the cost of room and board in their tuition rates; some of these schools may not even provide on-campus housing, especially after freshman year, and students will be expected to procure their own living accommodations.

In Canada, the application process for universities varies slightly by province, and a select number of schools will even accept the Common App for undergrad. The application is relatively straightforward and focuses almost entirely on a student’s grades and exam scores, though some schools require supplemental information. Admissions officers may also consider the students’ academic performance from tenth grade to the present in order to gauge the consistency of their grades and extracurricular participation. Students applying to Canadian schools will generally hear back quickly on a rolling basis, with a provisional acceptance often arriving right away.

In the UK (England, Scotland, Wales, and Northern Ireland), the application and followup process is very different from the US. Students fill out a single application (called the Universities and Colleges Admissions Service, or UCAS) and write a personal statement that includes an explanation of why they want to study in their chosen field and a description of their experience in it thus far. As part of their application, students pick their top five “courses,” or the equivalent of a specific major at a specific university. Then they receive admission offers from up to five of these schools. If a student doesn’t receive any offers by the summer they can enter the “clearing” process, in which universities post how many seats they have left in each course and students can apply to fill the spots. It is likely that students will eventually find an open seat at a university where they meet the entry qualifications. While students—including international applicants—are practically guaranteed a spot in at least one university, the UCAS application is less holistic than the Common App. Like most Canadian university applications, the decision to admit a student to a UK university largely rests on their grades and exam scores, meaning there is no opportunity to “make up” for a lower GPA with a really good essay.
American students apply to college with the grades they have up until the end of junior year and sometimes the first half of senior year; the second half is about generally maintaining one’s GPA with no drastic changes. However, in the UK and Canada, universities’ offers for enrollment are sent conditionally based on a student’s predicted final scores at the end of their senior year. This can catch American high schools off guard because teachers are asked to predict a student’s year-end grade around October in senior year. Because it’s likely that the teacher hasn’t known their students for very long at that point, this can present a challenge for them. If a student is planning to apply to UK and Canadian schools, they must communicate this requirement to their guidance counselor and teachers ahead of time so they’re prepared to give that information to those schools. This also means that American students have to maintain their grades to the standard that their teachers predicted because if the student doesn’t receive their predicted final grades, they may be put back into the clearing process. Ultimately, students will still get into school once they have entered the application pool in the UK and/or Canada, but if their GPA falls significantly compared to their teachers’ predictions, they might not get into the school they expected.

Your student will have to navigate the application process for international schools while knowing it’s different from what the majority of their peers are going through. They will have to independently facilitate much more communication between themselves, their teachers, their counselor(s), and their prospective schools. If they are able to handle all of this, it’s a great sign that they are ready for the experience of actually attending an international school. It won’t be the traditional American college experience—international schools generally offer far less social scaffolding and student accommodations than are customary in the US. Students are expected to forge their own communities on and off-campus. American students looking to enroll in an international university should be independent, comfortable advocating for themselves both academically and socially, and in possession of good time management skills. Students who are looking for an unconventional college experience and who are confident in themselves and what they want to do are the ones most likely to thrive at an international university.

Attending an international university allows American students to broaden their outlook in terms of their academics and their worldview. It will provide them with an opportunity to get outside of the United States bubble and learn about other cultures. Adele Horwitz often recommends that students who are accepted into an international program defer their enrollment for a year and spend that gap year in preparation of being an adult living in another country.

Most international universities have a special department dedicated to admitting and assisting international applicants. Encourage your student to reach out to a representative from the universities they are interested in and schedule a Zoom call if they are not available to meet in person. There will sometimes be conventions of representatives from multiple international schools that American students and their families can attend for more information, as well.

Attending an international school can be a highly rewarding experience, but it is not a decision to be made impulsively. With enough research and self-advocacy, students have the potential to truly expand their horizons by going to college outside of the United States. As Adele Horwitz says, “There’s so much out there—people just have to be brave enough to look for it.”